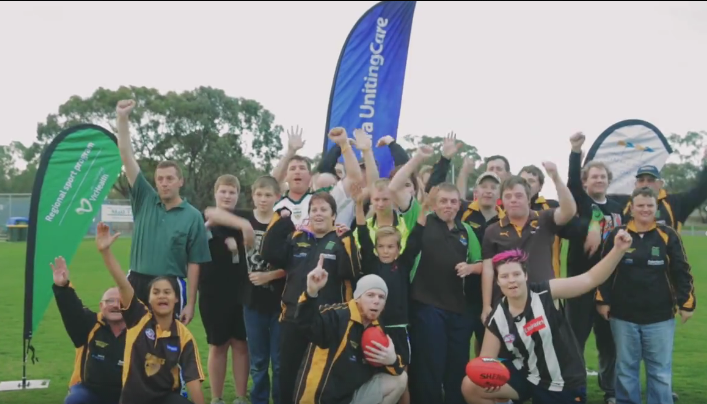 The Whippets are an All Abilities Football & Netball Club based in Horsham in western Victoria. They play in the FIDA Football League: a program of Australian football for people with an intellectual disability. It has developed an environment that promotes fitness, fun, friendship, and a rare sense of belonging. Everyone deserves the opportunity to play Australia’s game no matter your colour, creed, gender, sexual orientation or disability.

See our latest feature story on a group of people who will truly warm your heart. Go the Whippets!

The Wimmera Whippets have become television stars after a feature story has gone viral on the internet thanks to Prime 7’s Off The Bench TV.

The Whippets are an All-Abilities Football and Netball team which play in the FIDA Western Conference against teams from the Grampians, Hampden, Hamilton and Ballarat.

Made up from people with various forms of intellectual disability, the Whippets’ story is one to truly cherish with the major aspect that captivates the hearts of everyone involved; inclusion.

Thanks to Crocmedia, Off The Bench TV, Crockett Media and Prime 7 for allowing us to showcase this heartwarming story.