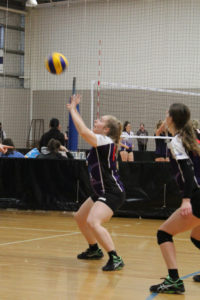 This young lady has been an outstanding contributor to Volleyball Horsham in 2017. She is the treasurer of the Association and is the girl’s coach in the Volleyball Horsham Academy Program. As assistant coach she won a bronze medal at the National Juniors with the Vic Gold U17 girls in division one. As a player she was captain of the Horsham women’s team that won a silver medal at the Bendigo Tournament and gold at the Ballarat Tournament in division two. She coached the Phantoms division three girls to the State League finals in their first year, at the same time she won the Phantoms division two MVP award and played for the Phantoms Reserves women’s team in the state league finals. She also coached the St Brigid’s College year 9 girl’s team at National Schools Cup and assistant coach the year 9 boys team which won gold. She also obtained her referee accreditation in 2017 and is an accredited coach. She mixes it with the boys in “A” grade, is looked up to by all female members of the Association both junior and senior for her never say die attitude towards playing and her friendly and pleasant nature.