Sports Star Of The Month: September

Posted at 15:31h in Auto-Post to Facebook, Home Page, Sports Star of the Year Nominations, WRSA News by WRSA
0 Likes 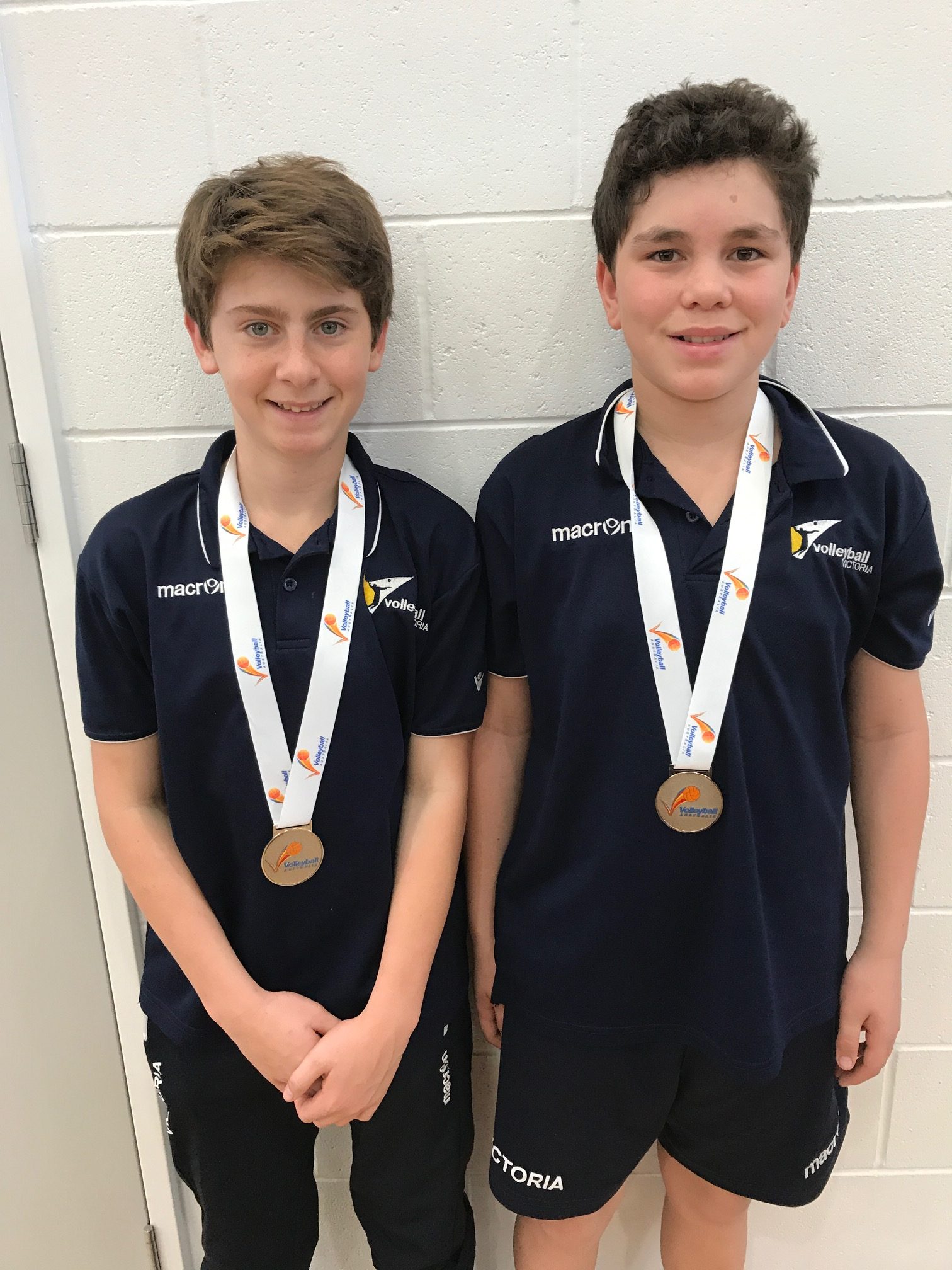 Volleyball Horsham members John Kearns and Noah Brennan are the joint nominees for September in the Sports Star of the Year awards.

Both boys were members of the Victorian Gold team that won division one silver at the National Junior Volleyball Championships on the Gold Coast.

Both boys played key roles for the Vic Gold team, with Kearns alternating between playing as a passer hitter and libero, while Brennan was the teams back up setter.

The team started with a straight sets loss to NSW but then a wins over Vic White and Queensland White gave the boys confidence. A loss on day two to SA set them back on their heels, but you could see they were improving as each game was played, after wins against Vic White and a reverse win over NSW.

In the final round robin match the team finished strongly with a win over SA, to set up a gold medal qualifier against the same team the next day.

The team surprised their more fancied opponents by taking the first set, and then dropped the next two, They showed true character by winning the fourth and taking the game into a deciding fifth set. The team battled hard but eventually went down 12-15.

To make the achievement all that more worthy is the fact that this is the first time a Vic Gold boys’ team had won a medal. The team was made up of players from across Western Victoria.

Both boys are looking forward to the opportunity next year, as Kearns moves in to the U17 age group, while Brennan will be a top aged player in the U15’s. Meanwhile they each have their sights set on higher honors as Kearns prepares for the National Schools Cup with his St Brigid’s College team and Brennan on the School Sport Victoria regional and state finals with his year seven Murtoa College team.

Kearns and Brennan both win a $50 voucher from the Athlete’s Foot the new monthly award sponsor.

If you know of someone who is doing well at their sport and deserves some recognition, why not nominate them in the Sports Star of the Month.  All nominees in the monthly award will be presented with certificates signed by the Minister for Sport and Recreation John Eren and the monthly winner receives a free ticket to the annual presentation and a specially struck medallion from Wimmera Trophies and Gifts.