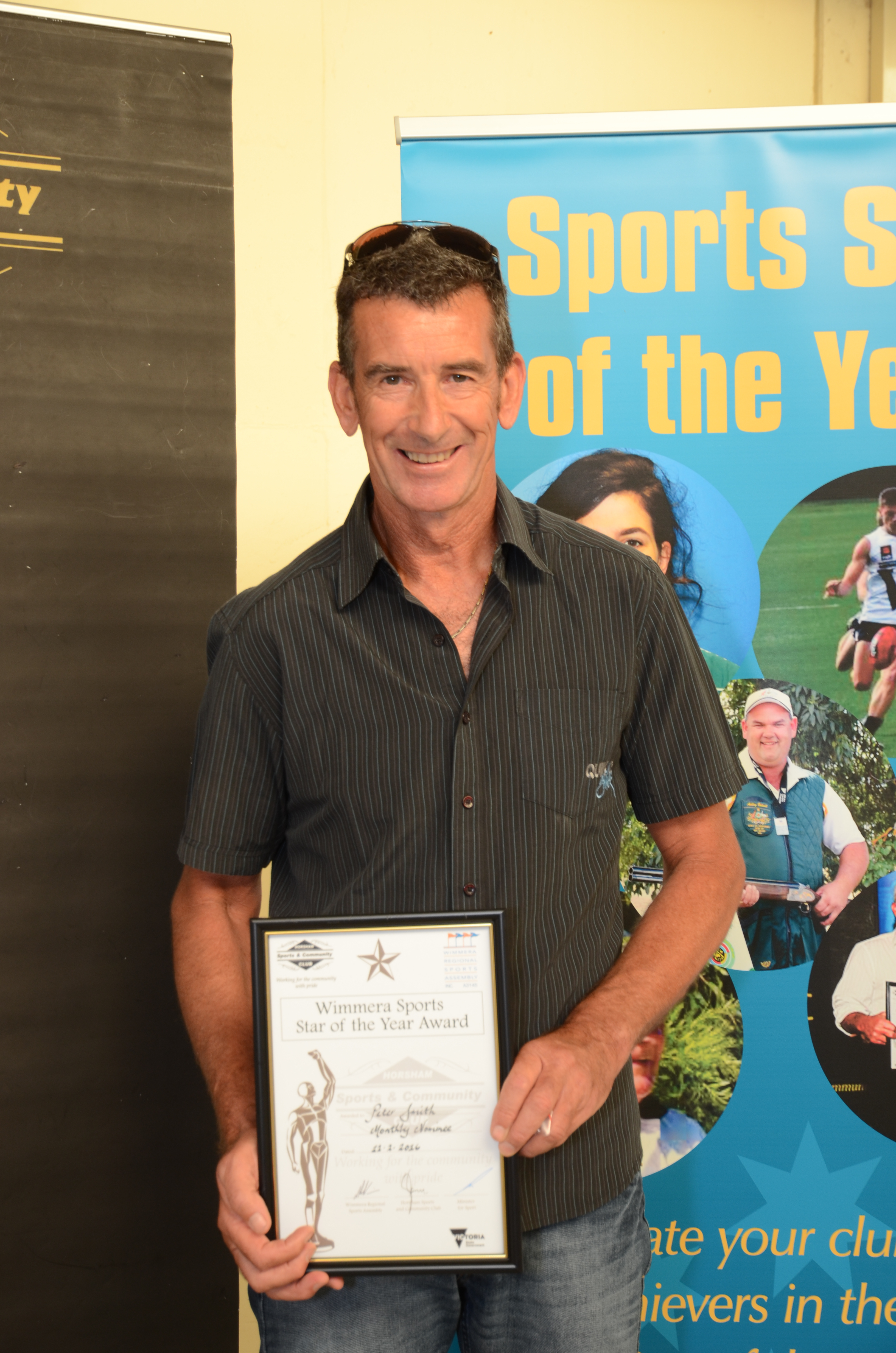 Posted at 17:01h in Uncategorized by WRSA
0 Likes

Veteran water ski competitor Peter Smith is the February nominee for the sports star of the year awards after success at state titles.

Smith won four gold medals in the over-55 division of the state titles, improving on his efforts from the previous year.

Smith was best in slalom, tricks and jump sections, resulting in him taking out the overall gold in his division.

A member of the Natimuk Lake Water Ski Club, Smith was the veteran of the year award winner at the sports star of the year awards for his efforts in 2015, and now he has underlined his continued good form gaining the February nomination.

Smith’s gold medal winning performances has won him a place in the Victorian team for the second year in a row, where he won a silver medal in the over 55 jump category.

Smith joins basketballer Jordie McAuliffe as the first two nominees for the annual awards with both now in line to collect the Horsham Sports and Community Club Title of Wimmera Sports Star of the Year as well as the $1,000 Sports Star scholarship, at a gala dinner in February next year and follow in the footsteps of previous winners including Craig Kelly, Darcy Tucker, Jannik Blair, Ken Bald, Alethea Sedgman and Mark O’Brien.