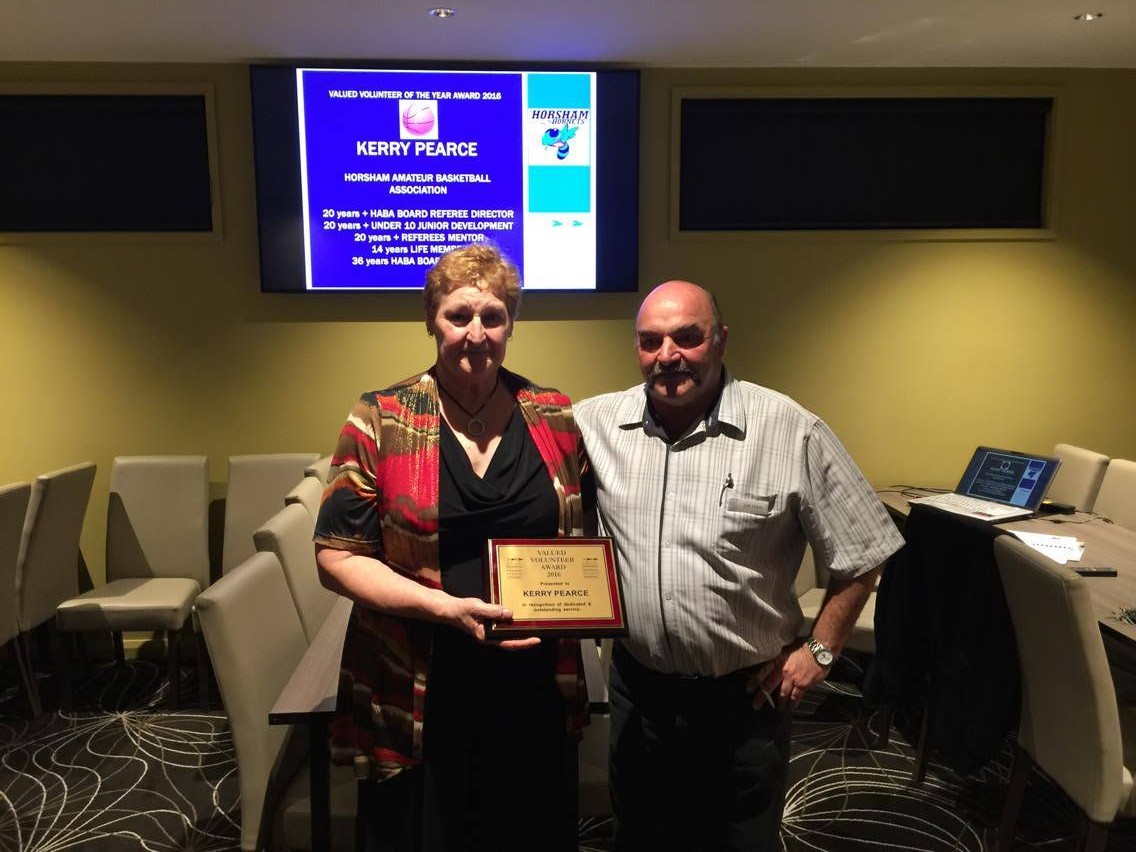 Pearce has been an institution around the Horsham basketball stadium for over 30 years, where she performs many roles. Her most renowned role is as a referee where she has officiated many games over the years at many different grades, but it is with the under 10 competition where Kerry’s true value shines, as she educates the kids on not only how to play the game but how to understand it as well.

Pearce has been an active board member for over 20 years, reporting on the development of referees and acts as a mentor to younger kids learning the ropes of refereeing.

Kerry is always there at major events like the Horsham junior basketball tournament, Big V games, Country Basketball League and one off events as a volunteer, either on the door or performing roles behind the scenes.

“Kerry has the respect of everyone that walks onto the court from kids learning the game to adults who have played for ages. She has an infectious personality, one that resonates with all who come into her company,” says junior vice president of the HABA Lee O’Grady.

“It’s people like Kerry Pearce that don’t ask for anything as volunteers but are worthy recipients of this award and are the reason why this award is offered by the Sports Assembly each year,” says WRSA executive officer David Berry.