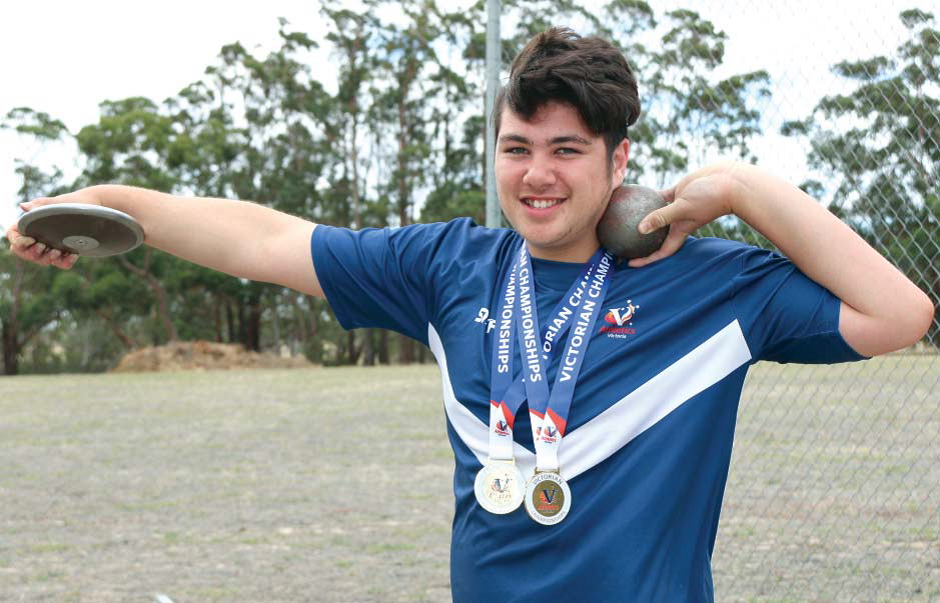 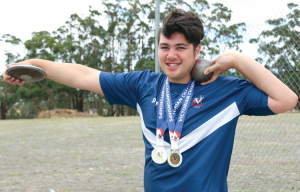 Edenhope athlete Jesse Iese is the March nominee for the sports star of the year awards.

Iese won gold in the shotput with a throw of 16.44metres and the discus with a throw of 55.18metres. Iese’s discus throw was a personal best and broke the Eureka Athletic Club record that had stood for over 30 years.

Iese had been performing well winning gold at State Titles to qualify for the Nationals. At the Nationals Iese was identified by National Junior coach former Olympian Scott Martin, who encouraged the youngster to apply for an AIS under 17 development squad position, even though he has two years left at this age group. As a result of Iese’s two gold medals he has been nominated by Athletics Victoria for the most outstanding under 16 male track and field achievement award which will be decided later this month.

Iese joins water skier Peter Smith and basketballer Jordie McAuliffe as the first three nominees for the annual awards with both now in line to collect the Horsham Sports and Community Club Title of Wimmera Sports Star of the Year as well as the $1,000 Sports Star scholarship, at a gala dinner in February next year and follow in the footsteps of previous winners including Craig Kelly, Darcy Tucker, Jannik Blair, Ken Bald, Alethea Sedgman and Mark O’Brien.