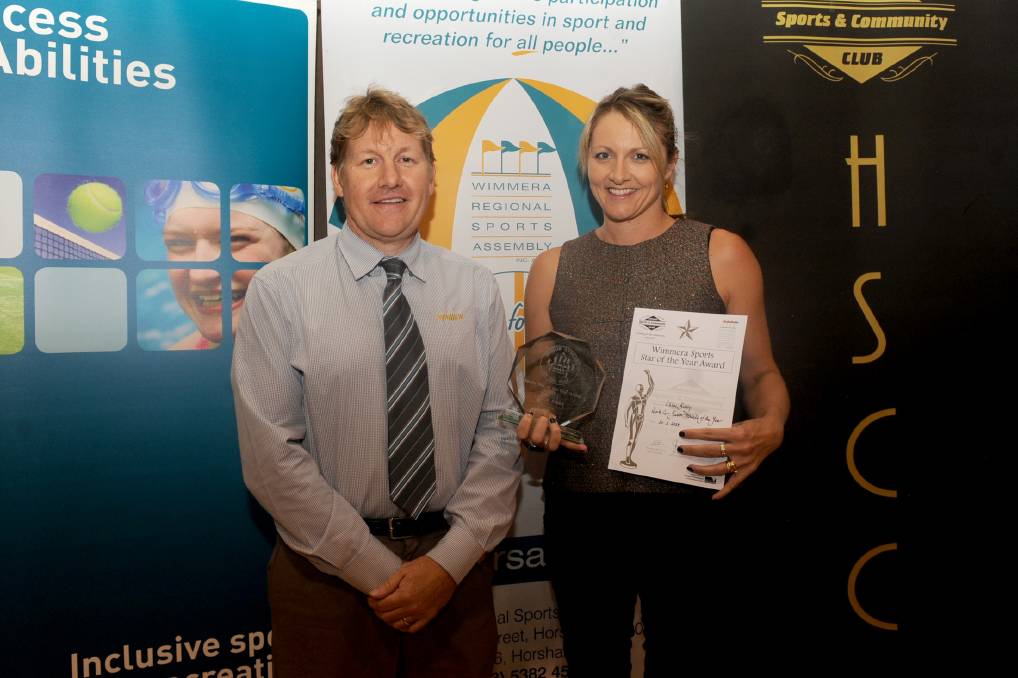 We’re pleased to announce the July Hero of the Month Leigh-Anne Bibby.
Our sporting region wouldn’t be what it is without her.

The Wimmera Regional Sports Assembly would like to acknowledge Warracknabeal’s very own Leigh-Anne Bibby as our female role model for July. Leigh-Anne has enjoyed a wonderful career for the Warracknabeal and Warrack Eagles netball clubs both on and off the court. Leigh-Anne could always be found helping out her club in any way she could. Then once the season was finished who would you see at the forefront of the Warracknabeal basketball association – the girl herself. Leigh-Anne always exhibits a can do attitude and this she has instilled in her’s and Adrian’s kids. Chloe, Ella and Josh have all inherited such outstanding qualities as they make their own way in their respective sporting worlds. Chloe is on her way over to USA to play college basketball, Ella has come off a stellar first up season in AFLW for the Greater Western Rebels, while Josh is slowly sneaking his way up the ranks. All this couldn’t and wouldn’t be achievable if it wasn’t for Leigh-Anne and the support and willingness to make it all happen for her kids. What a role model for all females to look up to. Keep up the great work Leigh-Anne and thanks for all that you have done for sport, not just in Warracknabeal but right across the state.