Posted at 09:38h in Sports Star of the Year Nominations by WRSA
0 Likes 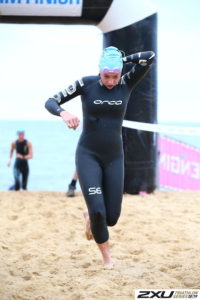 Horsham College triathlete Ella Walsgott is the monthly nominee for April in the Horsham Sports and Community Club’s Sports Star of the Year.

Walsgott had to compete in three selection races between October and February in order to qualify for the team and managed podium finishes in all 3 races securing her place in the team.

Walsgott will compete in the Intermediate 15-16 years category. This is Walsgott’s second time in the SSV Team Vic squad, also qualifying in 2017 for the Junior age group.

Walsgott has been announced as vice-captain for this year’s team and she is really looking forward to representing Horsham College at the Championships and exploring the challenges of her new leadership role.

As the monthly winner Walsgott will receive a $50 gift card from The Athlete’s Foot.

Walsgott joins tennis player Jess McDonald as the nominees for this year’s awards. All nominees are in line to collect the Horsham Sports and Community Club Title of Wimmera Sports Star of the Year as well as the $1,000 Sports Star scholarship, at a gala dinner on February 14 next year and follow in the footsteps of previous winners including Sophie Martin, Maggie Caris, Jesse Iese, Darcy Tucker, Jannik Blair, Ken Bald, Alethea Sedgman and Mark O’Brien.

If you know of someone who is doing well at their sport and deserves some recognition, why not nominate them in the Sports Star of the Month.  All nominees in the monthly award will be presented with specially made sports star certificates and the monthly winner receives a free ticket to the annual presentation and a specially struck medallion from Wimmera Trophies and Gifts.